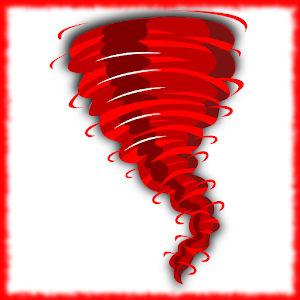 Geo Map with all the extreme weather events that occurred in Europe (Great Britain included). All informations are taken from European Severe Whater Database (https://www.eswd.eu). You can found all extreme events occurred in the last 24/48/168 hours. Events you can found are:

1) Dust devil: A vortex not associated with a convective storm, typically between a few metres to a few tens of metres in diameter

2) Gustnado: A vortex occurring along a gust front of a convective storm that is visible by material that is lifted off the earth's surface

4) Large hail: The falling of hailstones having a diameter (in the longest direction) of 2.0 centimetres or more and/or smaller hailstones that form a layer of 2.0 cm thickness or more on flat parts of the earth's surface

5) Tornado: A tornado or waterspout is a vortex typically between a few metres to a few kilometres in diameter, extending between a convective cloud and the earth's surface, that may be visible by condensation of water and/or by material (e.g. water, in case of a waterspout) that is lifted off the earth's surface.

6) Severe wind: A severe wind gust is a gust measured to have a speed of at least 25 m/s

7) Heavy snowfall/snowstorm: Snow (or snow grains) and/or snowstorm in an amount that causes - or is capable of causing - important disruptions of daily life and/or considerable material or economical damage.

8) Ice accumulation: Accumulations of ice on the earth’s surface and/or objects (such as power lines) in an amount that causes - or is capable of causing - important disruptions of daily life and/or considerable material damage or economical damage, not including ice accumulations resulting primarily from snowfall

9) Avalanche: A rapid flow of snow down a slope. 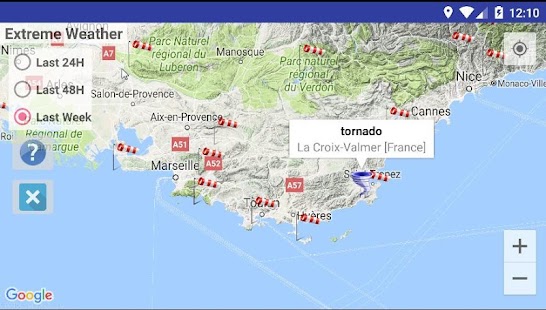 Require Android 4.1 and up

Back to top Back to home


Back to top Back to home
Follow @Android Weather